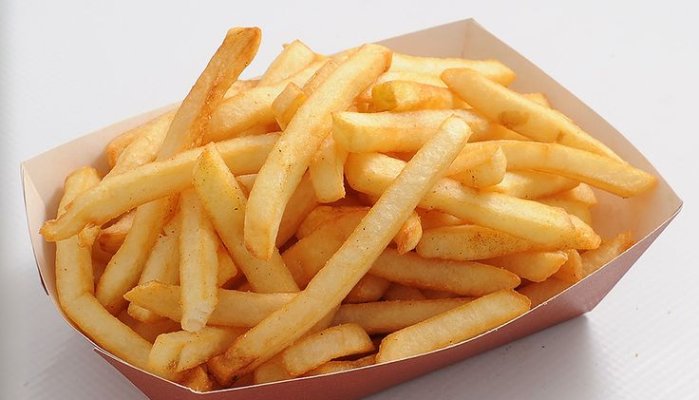 Even amongst Bible-believing Christians, not everyone embraces Biblical Creationism and Catastrophism, even though the plain meaning of the Bible expressly teaches a literal 6-day Creation and a world-wide flood.

There are a variety of reasons given for rejecting the plain meaning of Scripture in favor of views that accomodate long ages. Some bow before the consensus of uniformitarianism. We shall address the flaws of gradualism or uniformitarianism at some other time. Some take the word of well-known preachers and apologists or the recommendations of the footnotes in their Bibles. Of course, these learned men are not infallible and the inspiration and inerrancy of the Bible does not extend to commentaries and footnotes, no matter who writes them.

One of the more common objections, and the subject of this post, is that Creationism is just a side issue.

No pastor worth his salt and calling would want any undue controversy in their church. Nor would they want to waste the time and resources of their churches on a side issue, thereby diverting resources from the spread of the Gospel!

So it’s fair to ask if indeed Creation is a side issue.

Let me be perfectly clear. No Bible-believing minister will fail to affirm that the Bible expressly names God as the Creator. If yours does, de-frock him and suggest an alternate career immediately! This is not the issue we’re discussing. Rather it is the objection that God is the Creator, but the means and time frame by which He accomplished His Creation is really a minor issue, especially in comparison to the Gospel. At any rate, they will say that we ought to be about the business of the Gospel and not wasting our time quarreling about how God created the world. It is enough, they say, that we acknowledge Him as the Creator without getting into the specifics.

First, let me note that the plain teaching of Scripture is a literal 6-day Creation.

“If an old earth were really the teaching of Scripture, then one claim is glaringly conspicuous by its absence, that is, any claim in commentaries that the Bible unambiguously teaches long ages. Rather, the usual claim is that the biblical text appears on the surface to teach a young earth but may allow for an old earth. We never hear something like, ‘Yes, the decay of the earth’s magnetic field and rapid reversals seem to provide irrefutable proof of a young earth. But we mustn’t allow even the strongest science to overrule the clear teaching of the Word of God that the earth is billions of years old.’” –[Jonathan Sarfati, Refuting Compromise, pg 55.]

“It is apparent that the most straightforward understanding of the Genesis record, without regard to all the hermeneutical considerations suggested by science, is that God created heaven and earth in six solar days, that man was created on the sixth day, that death and chaos entered the world after the fall of Adam and Eve, and that all of the fossils were the result of the catastrophic universal deluge which spared only Noah’s family and the animals therewith.” [Pattle P.T. Pun, “A Theory of Progressive Creationism,” Journal of the American Scientific Affiliation (Vol. 39, March 1987), p. 14.]

It should be mentioned that the basis of the 4th commandment is a literal 6-day Creation followed by a Sabbath day of rest [Exodus 20:8-11]. Also, the claim that the Earth and universe are billions of years old and man’s existence represents only the tiniest tail-end of that history contradicts Christ Jesus’ affirmation that God created man, male and female, “from the beginning” [Matt 19:4; Mark 10:6]

Second, the claims of Creation and Evolution are mutually exclusive and, in fact, contradictory. Certainly, the evolutionists themselves have recognized this fact:

“…there is no escape from the fundamental contradiction between evolutionism and creationism. They are irreconcilable world views.” [Richard Lewontin, in Scientists Confront Creationism, L. R. Godfrey, Ed., W. W. Norton and Co., New York, p. XXVI]

Darwinism removed the whole idea of God as the creator of organisms from the sphere of rational discussion… we can dismissentirely all idea of a supernatural overriding mind being responsible for the evolutionary process. [Julian Huxley, in Issues in Evolution, Sol Tax, Ed., University of Chicago Press, Chicago, 1960, p.45]

Despite the attempts by liberal theology to disguise the point, the fact is that no biblically derived religion can really be compromised with the fundamental assertion of Darwinian theory. Chance and design are antithetical concepts. [Michael Denton, Evolution: A Theory in Crisis, (London: Burnett Books, Ltd., 1985), p. 66.]

“[Natural] selection is the blindest, and most cruel way of evolving new species, and more and more complex and refined organisms … The more cruel because it is a process of elimination, of destruction. The struggle for life and elimination of the weakest is a horrible process, against which our whole modern ethics revolts. An ideal society is a non-selective society, is one where the weak is protected; which is exactly the reverse of the so-called natural law. I am surprised that a Christian would defend the idea that this is the process which God more or less set up in order to have evolution’ (emphasis added). [Jacque Monod, “Secret of Life,” Transcript of a television interview with John Laurie on the Australian Broadcasting Co., June 10, 1976]

Evolutionism claims that life came about by blind chance. Creationism demands design. The claim that Man is the product of evolution, an endless cycle of death and mutation contradicts the Apostle Paul’s authority for he said “by one man sin entered into the world, and death by sin” [1 Cor. 15:22] and that “wages [deserved earnings] of sin is death,” so that one teaches that Man is the result of death and so sin really has no consequences and therefore no need for a savior while the other teaches that death is the result of man’s sin. Which brings us to our next point…

Third, evolution undermines the foundational basis of the Gospel. Again, even atheists immediately recognize the problem:

“Christianity has fought, still fights, and will fight science to the desperate end over evolution, because evolution destroys utterly and finally the very reason Jesus’ earthly life wassupposedly made necessary. Destroy Adam and Eve and the original sin, and in the rubble you will find the sorry remains of the son of God. If Jesus was not the redeemer who died for our sins, and this iswhat evolution means, then Christianity is nothing.” — G. Richard Bozarth, quoted from The American Atheist, September 1978, p. 30.

If the literal First Adam did not literally Fall there is no need for literal sin debt to be paid by a literal Savior. [1 Cor 15:45]

Lastly, the fruit of evolution is the rejection of religious truth.

Huston Smith comments on this trend:

“One reason education undoes religious belief is its teaching of evolution; Darwin’s own drift from orthodoxy to agnosticism was symptomatic. Martin Lings is probably right in saying that ‘more cases of loss of religious faith are to be traced to the theory of evolution… than anything else.’ (Studies in Comparative Religion, Winter 1970.) – quoted from Christian Century, July 7-14, 1982, p. 755.

Once they lost faith in the Beginning, they began to echo the Serpent’s question “Did God really say?” and then they began to doubt the rest, until it all seemed pointless. It is notable that statistics show that many young adults drift away from the faith, many never to return, and that liberal and mainline churches tend to lose large numbers this way. ReligiousTolerance.org reports that “Only between 10 and 12% of those identifying with the Congregational, Episcopalian, Methodist, Presbyterian, and United Church denominations are between the ages of 18 and 29.” Keep in mind that these liberal and mainline denomoniations are the ones who have embraced evolutionism and teach it from their pulpits!

So is Creationism a side issue?

Consider our points in brief:

It’s time to judge this tree by its fruit.