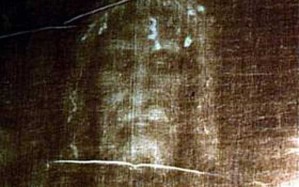 One of the more common objections to the resurrection of Christ is that we have no contemporary records of His life, so that legendary elements were added to the historical facts over time. This is ridiculous double standard and easily refuted by taking a look at the actual evidence.

“In no other case is the interval of time between composition of the book and the date of the earliest manuscripts so short as in that of the New Testament.” The Bible and Archaeology. Harper: New York (1940), p. 288.

This is very true. For example, the biographies of Alexander the Great were written more than 400 years after his death. The biographies by Plutarch and Arian are considered generally reliable and trustworthy despite this span of centuries. Legendary elements weren’t added much later.

By comparison, the standard dating for the Gospels [Mark in the 70s A.D., Luke and Matthew in the 80s, and John in the 90s] would still be within the lifetimes of various eyewitnesses to the life of Christ – eyewitnesses who could have corrected any erroneous or mythical nonsense being promoted by the early Christian writers. Keep in mind these are very conservative dates; the actual writing of the Gospels might be much earlier if we note that Acts, written by Luke as a sequel to his Gospel account, ends abruptly with no mention of either the Fall of Jerusalem and the destruction of the Temple by Titus in 70 A.D. [an event prophesied by Christ himself in Matthew] and with Paul under house arrest in Rome, which ended about 62 A.D. (No mention is made of his eventual execution c. 67 A.D., likely because it was written before this.) This is interesting because, again, Luke’s Gospel predates the book of Acts. Scholars acknowledge that Luke borrowed material from Mark’s Gospel which was written earlier still. This places the writing of mark closer to 60 A.D. and perhaps even earlier – a mere 30 years after the death and resurrection of Christ.

While the Gospels are our primary records of Jesus’ life and teachings, Paul’s epistles pre-date the Gospel accounts and even the Acts of the Apostles. Paul’s epistles are referenced as early as A.D. 96 by Clement of Rome. I Corinthians was written during Paul’s stay in Ephesus [between 53 and 57 A.D.; 1 Corinthians 16:8], is quoted or mentioned by the earliest of sources, and is included in every ancient canon.

Additionally, 1 Corinthians 15:1-8 is recognized as one of the earliest creeds of the church:

“Moreover, brethren, I declare unto you the gospel which I preached unto you, which also ye have received, and wherein ye stand; By which also ye are saved, if ye keep in memory what I preached unto you, unless ye have believed in vain. For I delivered unto you first of all that which I also received, how that Christ died for our sins according to the scriptures; And that he was buried, and that he rose again the third day according to the scriptures: And that he was seen of Cephas, then of the twelve: After that, he was seen of above five hundred brethren at once; of whom the greater part remain unto this present, but some are fallen asleep. After that, he was seen of James; then of all the apostles. And last of all he was seen of me also, as of one born out of due time.”

Note that Paul indicates that he is passing on what he received. While Paul wrote 1 Corinthians sometime between 53 and 57 A.D., he is referring to doctrine he passed along during an earlier missionary journey in 51 A.D. So this creed was being used as early as approximately 20 years after Christ’s death and resurrection. Some scholars  trace its origin back even further, noting that Paul either received this creed shortly after his conversion in Damascus  [Acts 9:8, 19-20]  or no later than A.D. 38 when he met with Peter and James in Jerusalem [Acts 11:27-30; Galatians 1:18-19], three short years after his conversion (which is dated sometime between 31 and 38 A.D.) Note that Jesus’ death and resurrection are dated at between 30 and 36 A.D., so it is possible that this creed was being utilized within a decade of Christ’s resurrection!

Where then is the necessary time to allow for legendary elements to creep in, especially in light of the fact that eyewitnesses of Jesus’ life were yet alive to correct such notions? The answer is obvious: it doesn’t exist. The very concept of a legendary resurrection account simply begs the question of whether Christ rose from the dead without examining the evidence, for it is based on the presupposition that such miracles are impossible to begin with – yet to create such legends in the presence of contemporary eyewitnesses in so short a span of time requires the very thing they say is so impossible: a miracle.

God bless you in your search for truth,
Tony Breeden