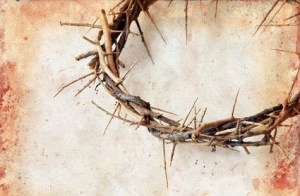 It seems strange to me to have to defend the historicity of the death of Christ, but there are actually folks out there who make the claim that Jesus never died. This particular claim comes in two forms, which I dub the Swoon Lie and the Muslim Lie, respectively.  The Swoon Lie, made popular by Venturini centuries ago, is the idea that Jesus did not really die but merely fainted from his injuries, so that everyone thought that he died. Later, the chill of the tomb is said to have revived him. The Muslim Lie proposes that Jesus did not die, but rather Judas died on the cross in His place and that the eyewitnesses to the crucifixion were caused to see a hallucination of Jesus on the Cross. The implication in either case is clear: If Jesus never died, there was no actual Resurrection.

The problem for the Christian is that if there was no resurrection, we are still in our sins, we have propagated a lie and there is no hope beyond this life. We cannot fail to note that both arguments presuppose Jesus’ existence. The Swoon Lie further presupposes that the Resurrection is a myth or legend, as they suppose that men cannot rise from the dead. Still, the Empty Tomb must be explained. The Muslim Lie is proposed on theological grounds. Both the Resurrection, proving as it does that Christ was the Son of God, and the idea that God would allow one of their revered prophets to die such a horrid death must both be explained away to maintain Muslim orthodoxy.

The most straightforward way to refute these two Lies is to relate the facts of the Crucifixion itself. I should warn the reader at this point that the medical details that follow are graphic and may disturb some readers.

We begin with the flogging.

“Roman floggings were known to be terribly brutal. They usually consisted of thirty-nine lashes but frequently were a lot more than that, depending on the mood of the soldier applying it. The soldier would use a whip of braided leather thongs with metal balls woven into them. When the whip would strike the flesh, these balls would cause deep bruises or contusions, which would break open with further blows. And the whip had pieces of sharp bone as well, which would cut the flesh severely. The back would be so shredded that part of the spine was sometimes exposed by the deep, deep cuts. The whipping would have gone all the way from the shoulders down the back, the buttocks, and the back of the legs. One physician who has studied Roman beatings said, ‘As the flogging continued, the lacerations would tear into the underlying skeletal muscles and produce quivering ribbons of bleeding flesh.’ A third-century historian by the name of Eusebius described a flogging by saying, ‘The sufferer’s veins were laid bare, and the very muscles, sinews, and bowels of the victim were open to exposure.1’”

Metherell continues with a description of the crucifixion itself:

“[Jesus] would have been laid down, and his hands would have been nailed in the outstretched position to the horizontal beam. The Romans used spikes that were five to seven inches long and tapered to a sharp point. They were driven through the wrists. This was a solid position that would lock the hand; if the nails had been driven through the palms, his weight would have caused the skin to tear and he would have fallen off the cross. So the nails went through the wrists, although this was considered part of the hand in the language of the day. It’s important to understand that the nail would go through the place where the median nerve runs. This is the largest nerve going out to the hand, and it would have been crushed by the nail that was being pounded in. The pain was absolutely unbearable. In fact, it was literally beyond words to describe; they had to invent a new word: excruciating. Literally, excruciating means ‘out of the cross.’ Then the nails were driven through Jesus’ feet… and there would have been similar pain.2”

He further notes that hanging from the cross would have dislocated Jesus’ shoulders, thus fulfilling the Psalm 22 prophecy “My bones are out of joint.”

As to the cause of death, Metherell states:

“Once a person is hanging on the vertical position, crucifixion is essentially an agonizingly slow death by asphyxiation. The reason is that the stresses on the muscles and the diaphragm put the chest into the inhaled position; basically, in order to exhale, the individual must push up on his feet so the tension on the muscles would be eased for a moment. In doing so, the nail would tear through the foot, eventually locking up against the tarsal bones. After managing to exhale, the person would then be able to relax down and take another breath in. Again he’d have to push himself up to exhale, scraping his bloodied back against the coarse wood of the cross. This would go on and on until complete exhaustion would take over, and the person wouldn’t be able to push up and breathe anymore. As the person slows down his breathing, he goes into what is called respiratory acidosis–the carbon dioxide in his blood is dissolved as carbonic acid, causing the acidity of the blood to increase. This eventually leads to an irregular heartbeat. In fact, with his heart beating erratically, Jesus would have known he was at the moment of death. He died of cardiac arrest.3”

The Bible states that a soldier [traditionally this soldier’s name is Longinus] thrust a spear in Jesus’ side to confirm his death, but broke the legs of the thieves crucified with him to speed their deaths. John the son of Zebedee was the only disciple to witness Jesus’ death. He records that blood and water issued from Jesus’ side when his side was pierced [John 19:34]. Metherell comments on this medical phenomenon:

“Even before He died the hypovolemic shock [low blood pressure] would have caused a sustained rapid heart rate that would have contributed to heart failure, resulting in a collection of fluid in the membrane around the heart, called a pericardial effusion, as well as around the lungs, which is called a pleural effusion. The spear apparently went through the right lung and into the heart, so when the spear was pulled out, some fluid — the pericardial effusion and the pleural effusion — came out. This would have the appearance of a clear fluid, like water, followed by a large volume of blood, as the eyewitness John described in his gospel.4”

A second confirmation of Jesus’ death is found in Mark 15:44-45, which notes that when Joseph of Arimathaea begged the body of Christ, Pilate marveled if Jesus were already dead and that the centurion confirmed this was the case.

Proponents of the Swoon theory claim that despite the tortures and medical conditions we’ve just outlined that Jesus merely swooned and the subsequent conditions of tomb revived Him. This is a case of special pleading. The chill of the grave was more likely to finish a man off after these tortures than to revive him. Furthermore, it is impossible to comprehend how Jesus could have rolled away the stone in this state, all without attracting the attention of a squad of soldiers sent to protect the tomb. Justin in his Digest 49.16 lists eighteen offenses for which a guard unit could be put to death. These included falling asleep or leaving one’s position unguarded. It is equally impossible to see how he could have walked the Emmaus Road [Luke 24] on nail-scarred feet in this state.

The skeptic David Friedrich Strauss, who does not believe in the resurrection, gives the deathblow to any thought that Jesus merely revived from a swoon:

“It is impossible that a being who had stolen half-dead out of the sepulcher, who crept about weak and ill, wanting medical treatment, who required bandaging, strengthening and indulgence, and who still at last yielded to his sufferings, could have given the disciples the impression that he was a Conqueror over death and the grave, the Prince of Life, an impression which lay at the bottom of their future ministry. Such a resuscitation could only have weakened the impression which He had made upon them in life and in death, at the most could only have given it an elegiac voice, but could by no possibility have changed their sorrow into enthusiasm, have elevated their reverence into worship.5”

It should also be noted that Jesus was well-known in Palestine. If he lived through the crucifixion and entombment, he either died after his post-resurrection appearances and his second burial escaped the notice of everyone involved, including those who wanted very much to disprove that he was alive, or he lived out the rest of his alive in anonymity, careless of the sufferings his followers faced. Either way, how did he escape notice?

Clearly, the Swoon Lie fails to account for all of the details revealed in the Bible and flies in the face of common sense. The Muslim Lie fares little better.

In the first place, there is no historical support for this position that, in essence, Judas was crucified in Jesus’ place but no one noticed the switch – not even the disciple John and his own mother, both present at the crucifixion! – apart from the Islamic idea that God would not have allowed such a good prophet as Jesus to die in such a way. This idea is very offensive to Muslims. This theory has the additional problem of failing to explain how Judas identified Jesus with a kiss, yet was somehow crucified in His place. What a horrible mix-up they propose! Worse still, this theory also makes a liar out of God, for if this were true God had made the world believe that His Son died on the cross when in fact his betrayer did. This would have grave theological consequences, for if Christ did not die and rise again we are still in our sins.

Neither the Swoon Lie nor the Muslim Lie can account for all of the facts detailed in the Bible. Both likewise require special pleading in order to make their case.

Given the details of the crucifixion, a medical analysis of its effects and the witness of the Bible and other accredited historic writings, we can reasonably conclude that Jesus actually died.