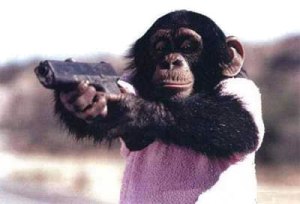 I once read an editorial appearing in my local newspaper, The Charleston Gazette [“Culture Shift,” Feb 5, 2010, Pg 4A], that began and ended with the phrase, “American morality has evolved.” Gazette editor Jim Haught is also a senior editor for Free Inquiry, the flagship magazine of the anti-religious Center For Inquiry founded by humanist Paul Kurtz. Evolution and the autonomy of man are primary tenets of humanism, so I’m never quite surprised when Jim pushes evolutionary dogma from his paper.

Yet it got me thinking, Does morality evolve? From a Biblical standpoint, the answer is a resounding NO.

Morality does not evolve. Morality is derived from conscience, what the Bible calls “God’s law written on our hearts” [Romans 2]. The existence of Universal Moral Law is undeniable in the same sense God’s eternal power and Godhead are evident in nature. One may deny the existence of God or Universal Moral Law, but they don’t do so based on the evidence. We all agree that murder, theft, rape and adultery are wrong. Everyone has a sense of right and wrong, of justice and injustice, even if they ignore it. We know what we ought to do, even if we do otherwise.

Those who claim to deny the existence of Universal Moral Law do so in spite of observation. Ironically, they generally cherrypick exceptions to the Rule as if that invalidated the Rule itself. The Bible warns that we can reject God’s law and that our conscience can even become seared as with a hot iron. We also know that we are commanded to train up a child in the way he should go precisely because you can train up a child in the way he should not go! So our conscience can be ignored or even become warped by our culture, but morality itself does not change.

Humanists believe that there is no God, that we evolved to our present state and that we made up religion, civil law, God and morality to assert control over other humans, to create order in society, that sort of thing. In doing so, they beg the question as to whether God actually exists and they ignore the fact civil law is based on moral law, not the other way round. They never stop to ask themselves, if moral law is the result of evolutionary processes, why do men generally find the social implications of Darwinism [survival of the fittest, elimination of the weak, etc] so morally repugnant? Why didn’t our morality evolve in a way shaped by ‘evolutionary reality?’ They instead profess the autonomy of man, the belief that man has only himself to help him, that man sets the rules. This is diametrically opposed to the Biblical position that God sets the rules and that God is a rewarder of them that diligently seek Him.

On a final note, God didn’t leave the knowledge of His Moral Law to our conscience any more than He left our knowledge of His character and identity to nature. We live in a Fallen world, where nature has been so warped and changed by the affects of Adam’s Curse and the Noachim Flood that Divine revelation becomes necessary in order to realize earth’s true history. It also true that if we only had nature to go on, we might see God as an Ogre as we observe the suffering death, carnivory and disease that presently characterizes the natural world, but did not exist initially in His perfect Creation. The Bible gives us the missing pieces of the puzzle so we can see the truth of the matter. Likewise, since our conscience can be ignored or warped by society and our fallen nature, God didn’t leave Moral Law to chance either: He gave us the Bible so that we might know His commandments and abide in them.

Thank God for the blessing and veracity of His revealed Word!