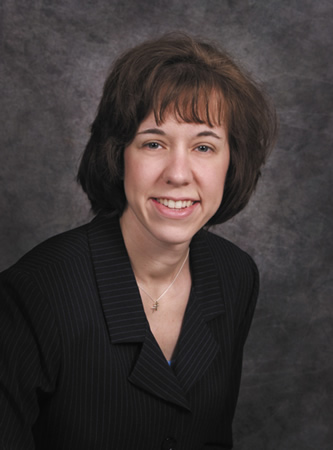 As many of you know, Answers in Genesis recently hosted an I Am Not Ashamed conference here in Charleston, WV. You know, the one West Virginia’s atheists were supposed to protest. Shortly before the event, an editorial critical of the event appeared in the Chareleston Gazette.

Most folks don’t realize that Jim A. Haught, the editor of The Charleston Gazette is also a senior editor for Free Inquiry, the flagship magazine for the antireligious Center for Inquiry. He certainly doesn’t like Christians, Creationists in particular. I don’t imagine that a misotheist like Haught was particularly happy to find Creationists in his stomping grounds.

I have no way of knowing whether the editorial which appeared in the Sunday Gazette-Mail under the question-begging title of “Science: Honest Evidence” was written by Jim Haught himself, precisely because the Gazette editors rarely if ever sign their name to what they write. Admittedly, I’d myself would be reluctant to affix my John Hancock to some of the liberal screed they’ve written. Nevertheless, I can’t imagine that Haught did not at least approve the editorial in question. He ought to have fact checked it for accuracy!

In any case, the following editorial appeared on November 1, 2010:

One of the most tried-and-true fields is evolution. Thousands — perhaps millions — of factual findings verify it. Cosmology affirms that the universe is more than 13 billion years old, and that star systems go through lifecycles spawning second-generation and third-generation stars. Archaeology affirms that life on planet Earth began as microbes, then grew for billions of years into more complex forms.

Evolution is the bedrock of modern biology. Nearly all scientists accept it as fact. Most mainline churches embrace it, calling it God’s billion-year method of creation.

But an event in Charleston Saturday contended that science is false. The Answers in Genesis conference at Municipal Auditorium — with the theme “I Am Not Ashamed: Standing on Biblical Authority” — asserted that the universe is merely thousands of years old, not 13 billion. Answers in Genesis declares that all existence was created in six literal days, and that Earth was formed before the sun, moon, solar system and galaxies, as Genesis records.

Ever since the historic Scopes Monkey Trial in Tennessee in 1925, creationists have tried unsuccessfully to ban evolution from public school biology classes. Instead, they want teaching of divine creation or a variant, Intelligent Design. So far, all their attempts have been scuttled by courts.

Many sincere West Virginia believers attended Saturday’s program in Municipal Auditorium. As free Americans, they’re entitled to hold any theological views they wish. But if they seek to alter school science courses, they must be rebuffed. Honesty requires that only genuine scientific evidence be taught to students.”

On November 21st, a response from Answers in Genesis’ Dr Georgia Purdom appeared under the title, “Evolution Editorial Full of False Claims.” Her letter refutes the Gazette’s editorial soundly:

The Sunday Gazette-Mail’s Nov. 7 editorial, “Science: Honest evidence,” in both its headline and closing statement, strongly implied that creation scientists like those at our organization, Answers in Genesis, are dishonest.

Readers might also falsely conclude that AiG is not supportive of science, including the breakthroughs that come from modern research and technology. As a scientist and creationist, I must write to protest some gross misrepresentations found in the poorly researched editorial.

First, a distinction needs to be made between observational science and historical science, which the editorial writer attempts to equate. Observational science gives us airplanes, MRIs, computers, cars, etc. It is observable, testable, repeatable and falsifiable and has absolutely nothing to do with molecules-to-man evolution. Evolution falls under the category of historical science, and is not observable, testable, repeatable or falsifiable.

Of course, no one has a time machine to see how things came to be. Therefore, one’s “starting points” play a big role when conducting historical science. In other words, do we start with people’s ideas about the past or God’s Word about the past? In Genesis, God gives us an eyewitness account (His own!) of creation, so we can understand how everything we observe in the present came to be.

Since evidence doesn’t speak for itself, our starting points are very important in studying and understanding the past.

We also wish to point out that most of the founding fathers of science were creationists; in fact, many of them were contemporaries of Charles Darwin. For our part, AiG has several full-time staff members with earned doctorates. I hold a PhD in molecular genetics, and my AiG colleagues have doctorate degrees in astrophysics, geology, biology, medicine and the history of geology. While scientists who reject evolution make up a minority of the scientific community, it is a significant number nonetheless (several thousand). Furthermore, since when is truth determined by the majority anyway?

Also, contrary to the editorial’s scare tactic, AiG absolutely does not support the banning of the teaching of evolution in schools. But we believe it should be presented warts and all. For example, students should be aware that the so-called horse evolution series (touted by your editorial as proof of evolution) has been thrown out by evolutionists themselves. Also, contrary to your bizarre contention, archaeology has nothing to do with providing evidence that life on Earth began as microbes – as a molecular geneticist, I should know.

If the editorial writer has never visited our Creation Museum (just a four-hour drive away in northern Kentucky), we encourage a tour and the opportunity to meet our faculty. A complimentary ticket awaits.