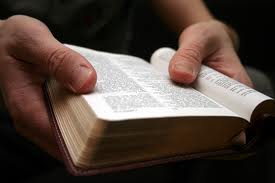 A few blog posts I’ve come across contend that the very fact that the Bible [or any other text that claims to be of Divine origin] needs to be translated automatically invalidates its claims to Divine origin.

One fellow even came up with a set of 3 Laws to determine whether a text were of Divine origin or not. Of course, upon further inspection it became obvious that he simply wasn’t accounting for free will. I commented on his site in the hopes that he’d see his error.

For example, in a post entitled, Requiring Interpretation Proves A Religion False by Sisyphus Fragment, the blogger notes that:

“The Bible, Koran, Torah, Book of Mormon, and several others can be interpreted in such a way that thousands of sects have branched out from them. This fact, to me, is a perfect example for why these weren’t written or inspired by the creator of all things.”

So because people get things wrong [willfully or otherwise], God must not have wrote it, right? But is that the way things really are in the real world? If someone misinterprets something I write, does that mean that what I wrote wasn’t true – or that I didn’t write it at all?? No. The comprehension of the text has nothing – and I do mean NOTHING – to do with authorship.

So then he sets up the premise of the straw man he’s about to thatch:

“This is the major problem with religions in general. If a god has really inspired their book then he would have inspired them to write it in such a way that it would be true for all people and ages.” [ mine for weasel words]

He states that God would have inspired His Book in such a way that it would be true for all people and ages. Is that true? Well, yes. For example, the Bible is true and remains true no matter who reads it. It also remains true whether or not someone accepts it as truth or rejects it, but we’ll get to that.

“The range of how these texts can be read can lead one group of people to complete non-violence or to jihadists and the KKK. If these people can justify all kinds of cruelty through a misinterpretation then it was not written by a benevolent, omniscient, universe creating skyhook.”

Ok, the standard hypocrisy dodge with a slight twist. I reccomend reading an earlier post of mine, Hypocrisy As Apologetic. A misinterpretation is simply an inverse admission that there is in fact a correct interpretation just as the charge of hypocrisy necessarily admits that there was a correct standard of conduct by which you could even recognise such a thing as hypocrisy. As we shall see, he’s holding the Author accountable for misinterpretations under the onus that a Perfect Intelligence would not allow even the possibility that He might be misunderstood.

“A god who knows all things; what has happened, what is happening, what will happen, and shapes how the future occurs would be able to word a book more perfectly than those available.”

Here we go… I’ll address this whole “more perfectly” objection in my conclusion.

“It would explain the reasons for why things were disallowed in detail enough to show the perfect wisdom of such actions. Instead we have “don’t do this, if someone does do it, kill them” and then later in the book it says “don’t kill anyone”.”

I’ll address the 2nd part of his objection first. Simply enough, he’s not accounting foir the context of the statements, governmental law and justice [I’m presuming of course that the blogger in question does believe in law and justice] versus personal conduct. I would submit that the Bible does in fact explain “the perfect wisdom of such actions” when it notes that we do reap what we sow, that if we sow the wind we often reap the whirlwind and so we ought to do to other as we would have them do to us. Of course, I’m actually reading the Bible and meditating on it’s precepts instead of looking for reasons not to believe, so I can see why he and I would come to different conclusions based on our personal bias.

“If a book were really the will of a perfect mind then it could be five or ten thousand pages and people would still flock to it. Perfect wisdom would command such a thing out an individual.”

Now, is truth determined by our acceptance of it or by the popularity of its acceptance? Why not put it up for a vote, for crying out loud! The entire problem with his straw man is that he fails to account for free will. The God of the Bible values free will, specifically our willing worship, so He could not make Himself undeniable so that worship and acceptance were compelled or commanded; that would leave Him with automatons. Free will implies the ability to reject Him and His will, no matter how perfectly His will might be revealed. As Pascal noted, God has left us too little evidence to be sure, but too much to ignore” and this is exactl;y what conditions we should expect of a God that values free will. The God of the Bible has went to great lengths to reveal His will: reason, morality [His Law written on our hearts], the order and information contained in nature, beauty, the Bible, fulfilled prophecy and Christ Himself. Yet in such a way that we could still deny Him if we so chose.

And that’s why Sisyphus Document’s claims miss the mark. But we’ll continue for the sake of argument and enlightenment anyway.

Again, he’s holding the Author accountable for misinterpretations under the onus that a Perfect Intelligence would not allow even the possibility that He might be misunderstood. Again, he’s failed to account for free will.

“…every dilemma we might face would be in the book somehow…”

If he’s talking about the Bible, They are! But I know what he means to say. He’s objecting that the Book ought to answer every question he’s ever had. Let’s presume it does for a moment. The Bible says that the fear of God is the beginning of wisdom and therefore only the fool says in his heart, There is no God. It also says that all have sinned and that the wages [deserved earnings] of sin is death, but that if he were to confess the Lord Jesus and believe in his heart that God raised Jesus from the dead, he will be saved. Right off the bat, this blogger would be in serious trouble for he doesn’t always accept the remedy to his problems. Any more than he always obeys his conscience, knowing he’s about to do wrong.

“…and there would be no contradictions.”

Not to be trite, but name one. Too often, folks paint it all black and then complain that they see no light instead of examining what’s actually there before they sprayed their bias everywhere.

“Anyone who read it would understand it so perfectly that the message wouldn’t be lost even when translated to another language, no matter the level of the reader’s intelligence or the time period in which the reader lives.”

The Bible does evidence perspecuity, but again he fails to take into account free will, namely willful ignorance or outright rejection. He’s basically saying that because he’s free to reject the truth that it must not be truth for he as a good atheist would force everyone to accept to His will. Hubris.

“If future predictions were made they would be in great detail with no ambiguity.”

Straw man. Why would this even be necessary? Again, to keep free will intact, God would give us too much evidence to ignore [but not deny!] but too little to be quite sure. He’s also ignoring whether such prophecies [future predictions], whether ambiguous in his opinion or not, have actually been fulfilled or not. What does he mean by ambiguous anyway? Betrayed by a friend for 30 pieces of silver which was later used to by a Potter’s filed, riding into Jerusalem on the back of a donkey’s foal, having his hands and feet pierced [when crucifixion was unheard of at the time Isaiah uttered the prophecy], being hung between two criminals, the place of his birth, his lineage, the miracle of the Resurrection itself was a prophesy from Jesus’ own lips, affirming that He would rise again after 3 days. That sort of thing’s too ambiguous for some folks, I suppose.

“I would expect nothing but the best explanation from something that wants to impose it’s own morality on another being and this is not what we have from any of the major texts.”

First of all, what if it is the best explanation? Secondly, the explicit morality of the Bible is implicit in universal morality. I suspect now that the author of this post really suffers from a volitional imposition rather than his proposed intellectual dilemma. He wants to live as he pleases and the Bible resonates with the prohibitions of his conscience.

“Now this argument doesn’t rule out the possibility that a god exists, which was not my intent for this post anyway.”

Which is a good thing, by all accounts.

“My point is: either all of these gods are less intelligent than the average atheist, or these scriptures are not the divinely inspired word of supreme intelligence.”

Ergo, he didn’t do it the way I would have because I want to do as I please and I value free will, so I would have done it in such a way that no one could ever deny it… er, wait. I always enjoy the “That’s not the way I woulda dunnit” objections. In other words, false dichotomy and poorly thatched reductionist straw man besides.

But his most priceless gem is yet to come:

“If I had to pick one, I would prefer a disinterested god over one of these imbeciles. Thankfully, I can pick none.”

Because you have free will to do so and you’re not compelled otherwise by God, though He would dearly prefer thet you made a far different choice. CS Lewis said it best in The Great Divorce:

“In the end, there are only two kinds of people: Those who say to God, Thy will be done, and those to whom God says, thy will be done.”